The next meeting is on Monday, 29 Novemeber when we have a joint meeting with the Rhondda Camera Club.

On Monday 4 October the WDPS held its first Themed Competition with the subject “Street Photography”.
This is a popular competition which the WDPS holds every year. As usual there was a wide range of subjects in the images, whish must have made it hard for the judge, Phil Chadwick, to compare one with another to find a winner. Ine difficulty was the definition of “Street Photography”. Does it include shots in supermarkets, festivals or fetes or even in fields? Phil took the view that if the general population could “walk by”, the image would qualify. Some images were marked down, others accepted. One other difficulty recently has been that streets have been largely deserted – nothing going on to photograph. So the WDPS members had been digging through the back-catalogues.
Street photography also has problems because the photographer is not in control and the best shots are often “grab” shots. This leaves little control over distracting features such as street lights near the edge of the frame. Clever cropping is often needed, as too much image manipulation is not allowed.
However, Phil came to a conclusion, generally agreed, that the best shot was “Mad Hatter” by Barry Prole. Although not revealed at the time, this was taken with a mobile phone. Congratulations to all who entered. 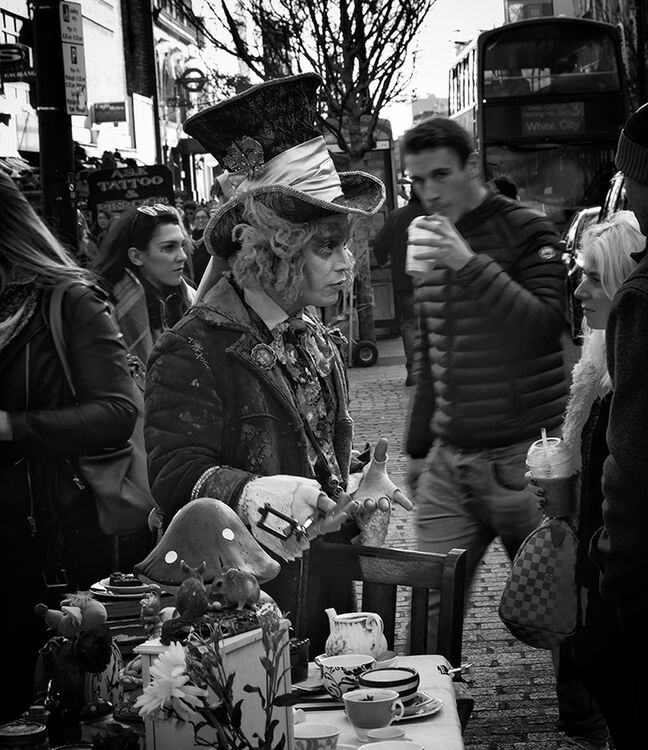 The first tals of the 21-22 Season was given by Zoom by Kieran Metcalfe Keiren is active in many genres, but this talk shows his expertise in producing attractive images of landscapes.
Keiren started by giving us some technical details of his camera (Canon 80D) and his preferred lenses. He takes many exposures for each individual image, especially in high contrast situations, working in RAW and using variable filters to extend exposure times by as much as 10 stops. The resulting HDR images cover subtle texture and lighting, but leave composition to the eye of the photographer
He also knows his locations, so when the weather and lighting conditions are favorable, can get to suitable locations. For this talk many of his images were from the Peak district showing the contrasting texture of rocks and heather with equal effect. He also presented long exposure images where the movement of water or clouds was smoothed to add drama.
He extolled the virtue of sunrise and sunset images – the “golden hour”, even though these required careful consideration of sun angles and cloud conditions, for which he consulted various web-sites, for example, skyfireapp.com, clearoutside.com and photoephemeris.com.
He believed that often “less is more” but also acknowledged that the successful photographer requires, planning, preparation, knowledge and luck.
Many thanks Kieran for a most interesting evening. 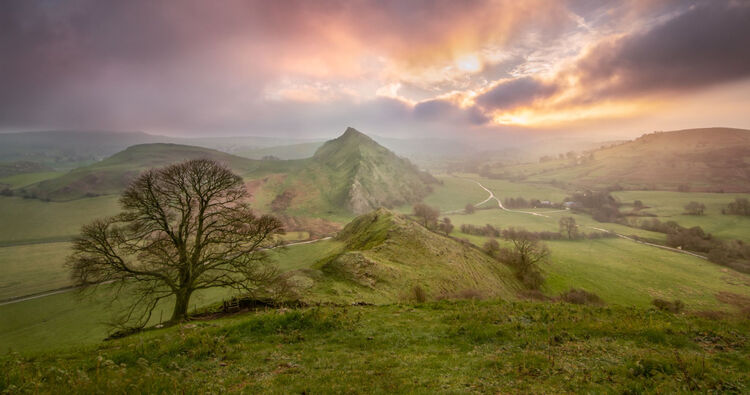 .The Dragon and the Flame, Copyright, K. Metcalfe.

First Meeting, 13 September 2021
The inaugural meeting of the WDPS held on Monday, 13 September was a social and “chat” evening at the Rail Club. There were 15 attendees, but we know of several more who could not attend for individual reasons. The fear that membership would be significantly reduced was therefore allayed. The evening was enlivened by showing some “lockdown” images from Paul Shone, Les Flower, John Hallard and Eddie Naish